Women in our country are advised at almost every 5th second of their life. Be it your family, your friends, or your partner, each one of them think the crime in our country is rising due to lack of knowledge. Wear a long dress, don’t be late, don’t walk alone, etc. are some of the statements that you get to hear daily.

Consequence? A rift is created between you and your loved ones.

So, what do we do? What steps do we need to take?

Firstly, we need to recognise that crimes against women are committed every minute in our country. For the better safety of women, the government needs to ensure better laws and even better execution. On the other hand, the empowered women of our country need to know the basic and important laws, so that they don’t have to feel overwhelmed or suppressed ever again. These laws will ensure you have enough power to take your stand in any situation.

Without further ado, let’s get started.

Marriage and Divorce have been one of the major areas where women are suppressed either because they are not vocal enough, or they don’t have the necessary knowledge. A special form of marriage registration or divorce is provided under the Special Marriage Act, 1954. People from different faiths, casts can get married, given that they are of legal age.

We often complain that no actions are taken for the harassed ones, and even their voice is subdued sometimes. However, you might not be aware that when a woman is either humiliated, ignored for a statement, she has all the right to demand free legal aid. Under Section-12 of the Legal Services Authorities Act, 1987, you have been given the right to get free legal help and to be treated with the utmost attention.

3: Right against Harassment at Work

This might be one of the least known rights yet a crucial one for any working women in our country. The Sexual Harassment of Women at Workplace Act, 2013, seeks the protection of women at their workplace. It also includes prevention for the same and looks after the complaints of sexual harassment.

4: Right to get Maternity Benefits

Having your Maternity Benefits is a right given to you by the Government of India. Under the Maternity Benefit Act, 1961, any new mother is allowed to re-join her work in full flow after 12 weeks of her delivery, ensuring she doesn’t suffer any loss in her income. The Act entitles a woman to receive benefits like maternity leave, regular check-ups, medical allowances, etc. given she has worked in the organisation for a total of 80 days in the last 12 months, before her expected date of delivery.

Be it the family of the Groom or the family of the Bride, they all advise you to keep your private matters behind closed doors, no matter how serious they get. This happens in most of the cases which results in cases of domestic violence all over the country. Every woman in our country, be it a wife, a mother, a sister, or a live-in partner has been given protection under the Protection of Women from Domestic Violence Act, 2005, against the violence of any kind at the hands of a male or the relatives.

Women in our country are not just harassed physically, but mentally too. We all talk about empowerment, but when it comes to equal wage rate and equal work opportunities, we don’t have enough institutions for the same. The provisions made under Section-4 of the Equal Remuneration Act, 1976 directs an employer to pay the same wages for the same work.

7: Right to No Arrest

Under the Section-46 of Civil Procedure Code of India, 1973, no woman can be arrested after 6 PM and before 6 AM, even if an arrest warrant has been issued against the same person.

According to the Section-164 of the Criminal Procedure Code, any rape surviving woman has the right to give her statement in private in front of the magistrate. If she demands her privacy, no other official, or person will be allowed to hear her statement.

To bring more people to Justice, Delhi Police allowed women to lodge complaints online, that too without an FIR. Any woman is allowed to complain through e-mail or registered post to a Deputy Commissioner or Commissioner of Police. Proper Investigation and verification of the case are then carried out by the concerned area Police station. When found legitimate, the police then reach out to the victim for a statement.

Due to the pressure build-up by the members of the family, not many women come out for justice, just to maintain the “dignity” of the family in society. However, Section- 228 (A) of the Indian Penal Code allows a sexually assaulted/harassed women to remain anonymous when her case is in the trial. She can give a private statement in front of the magistrate alone or the presence of a lady officer.

These were ten laws that all women need to know to protect themselves and their rights. However, there are many more laws that one should know to get fast-paced justice. On the other hand, we need a system that gives justice right in time. Remember, Justice Delayed is Justice Denied. Any change starts from the roots; this can be one change that you can bring into society by increasing awareness. 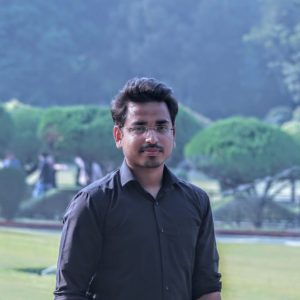 An average writer who wants his voice heard. Someone who wants to explore as much as he can. Lives by the moments and experiences, not by the pictures. When not on board, loves to enjoy the world of football. A Hardcore Madridista. 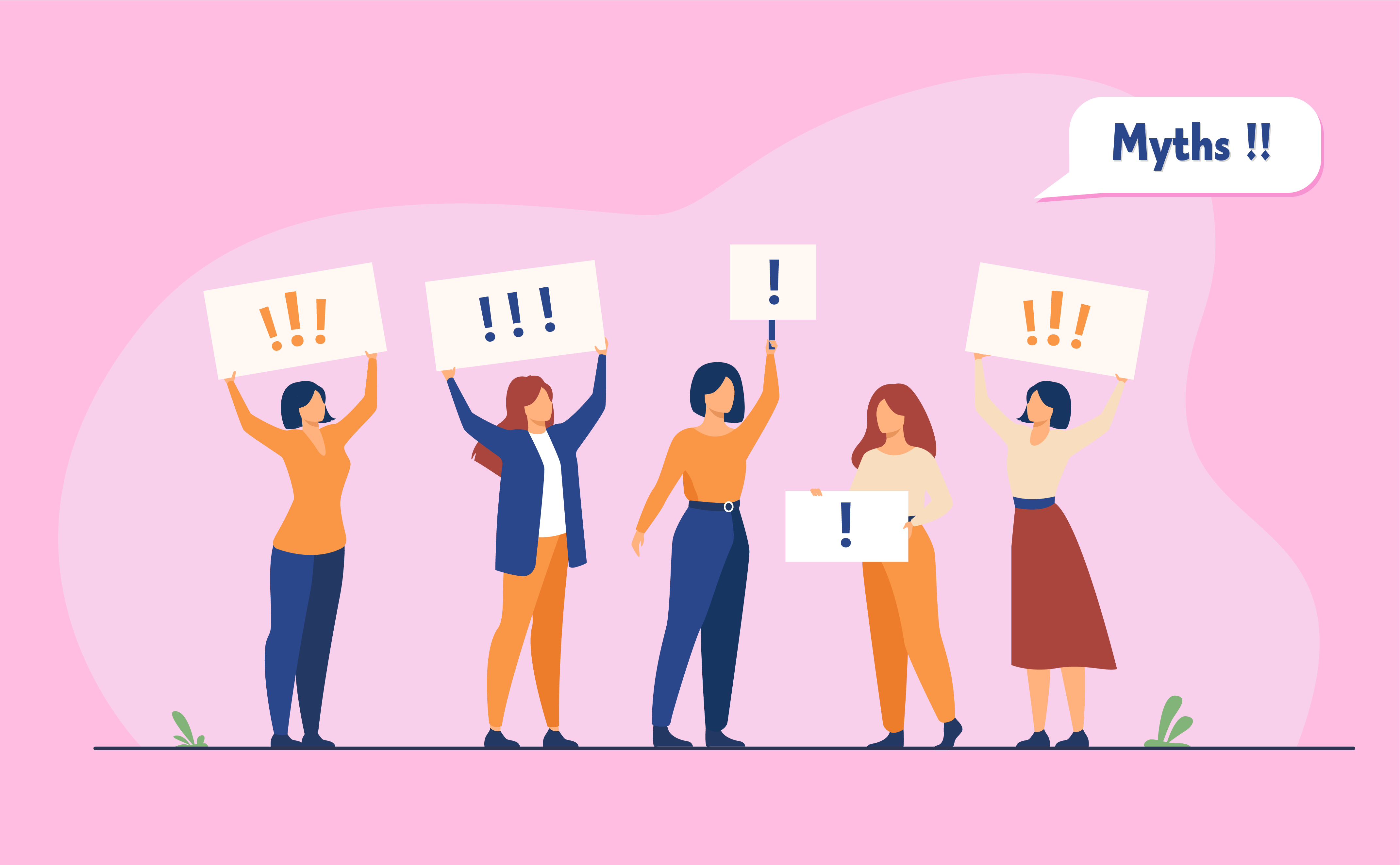 Feminism is all about equality between men and women. Feminism is not the desire for women to be more powerful than men. Throughout history, it has been seen that women have been denied equal rights and opportunities which is why the feminist movement emerged – to empower women and raise awareness about it so that women can exercise equal powers and rights too.

But unfortunately, the concept of feminism has been misconceived by many, and a lot of stereotypes have been created around it.

NO! That is not even remotely what feminism promotes. Feminists are all about gender equality and have nothing to do with hating men. The entire purpose of feminism is to remove gender-bias from all platforms and aspects of life and hence, the misconception of feminists hating men would only contradict it. All feminists want a world of equal rights and opportunities where they can live as freely as men.

#2. Feminists are unattractive and are not feminine

The fundamentals of feminism are to give women choices, and the free will to choose what they feel is best for them. It’s really wrong to think that women who are feminists don’t like to be feminine and dress and act like wannabe dudes. Being feminine or tomboyish is entirely a woman’s personal choice, and she can choose to be whichever, which is the whole point of feminism.

This stereotype is indeed hilarious. Bra-burning and promoting no make-up looks has become the representation of feminists. But again, feminism is about giving women a choice. Dressing up should be a choice, not an obligation. No individual should be demanded to dress a certain way and be a certain way, whether men or women.

#4. All women are career-driven women who do not want to get married and do not support stay-at-home mothers

This is not true as getting married or not is entirely an individual’s own life decisions and has nothing to do with them being feminists or not. What feminists are against is the idea of society considering marriage as the only ultimate good thing for women and discriminating and alienating those who choose not to marry or are divorced. A woman should be free to decide how to lead her life, whether it involves getting married and having kids, focusing on her career or both.

Yet another ridiculous concept. A feminist is anybody who thinks women deserve to be treated equally and respectfully by society for whatever choices they make. Feminism is about raising a voice against the violence, rape, physical and sexual abuse, gender bias in workplaces, social stereotypes that a lot of women face on a day to day basis. And that should not be just a woman’s concern. If there are men who are empathic and concerned about these issues and choose to talk about it and raise awareness about it, then they are feminists too. Feminism is not just liberating women from the stereotypes of the society but also liberating the men from the toxic masculinity of the society and allowing them to be vulnerable and empathetic as well. 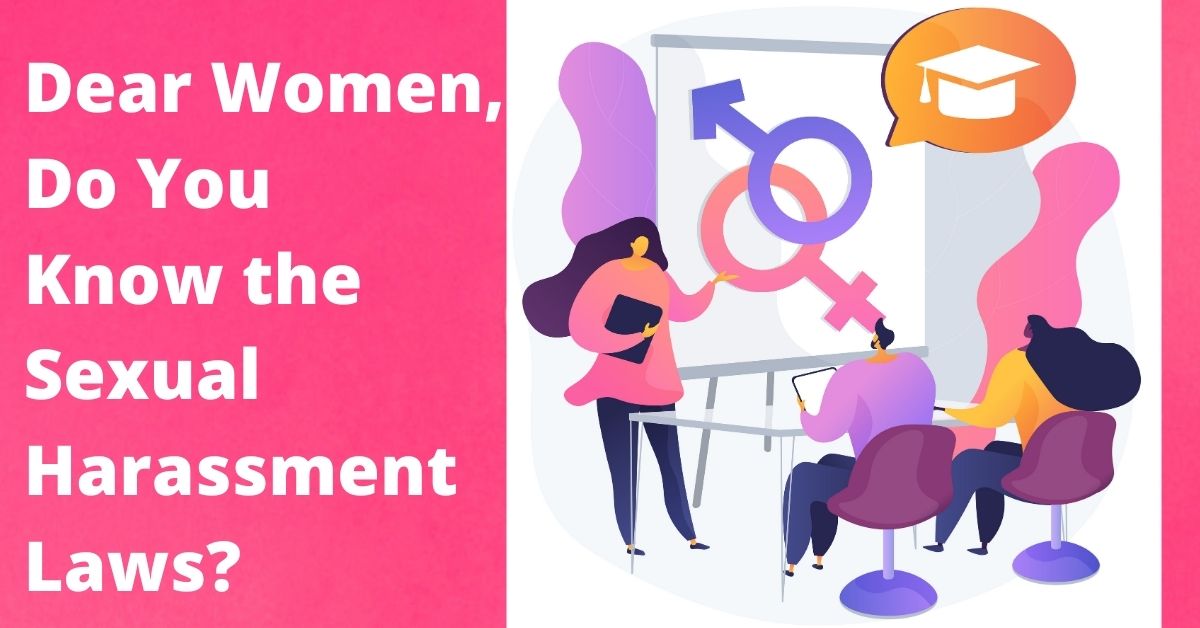 Dear Women, Do You Know the Sexual Harassment Laws? 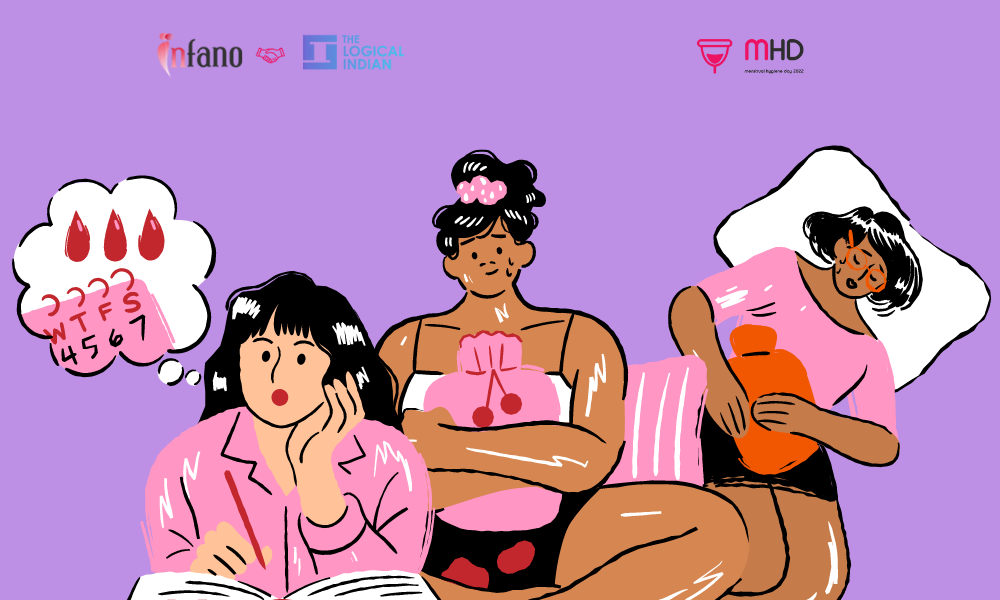 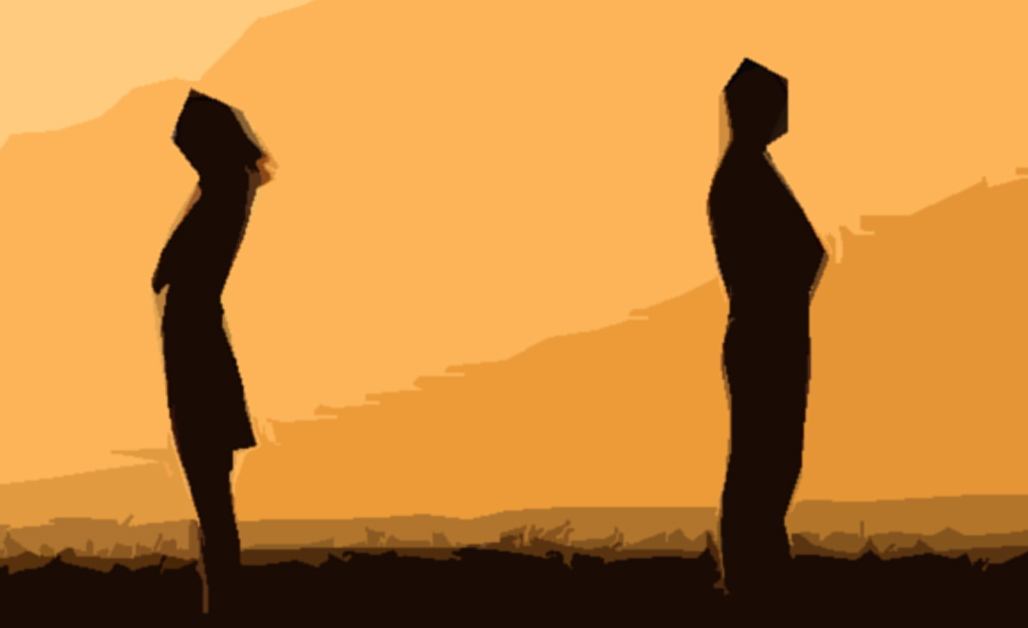 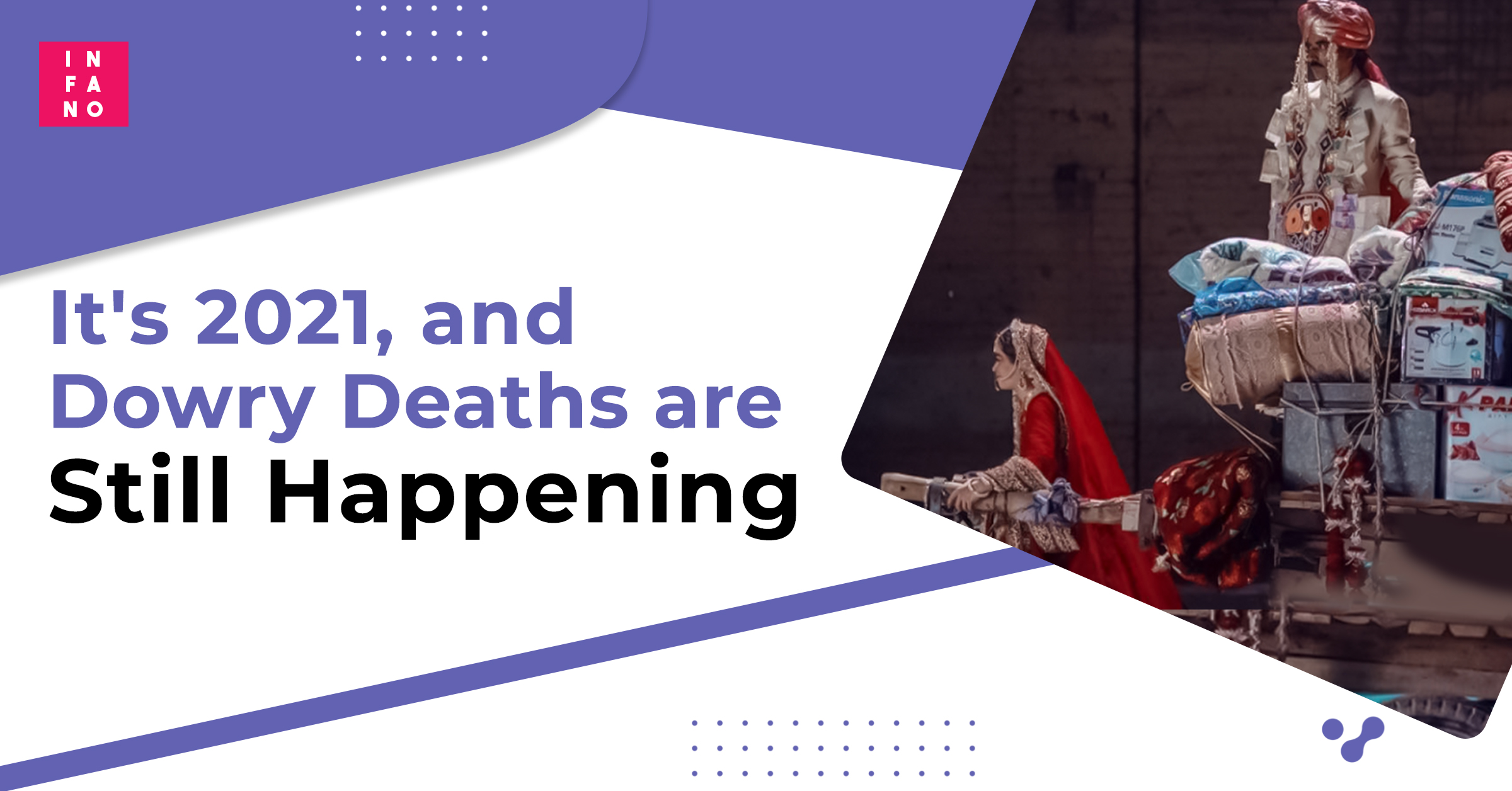 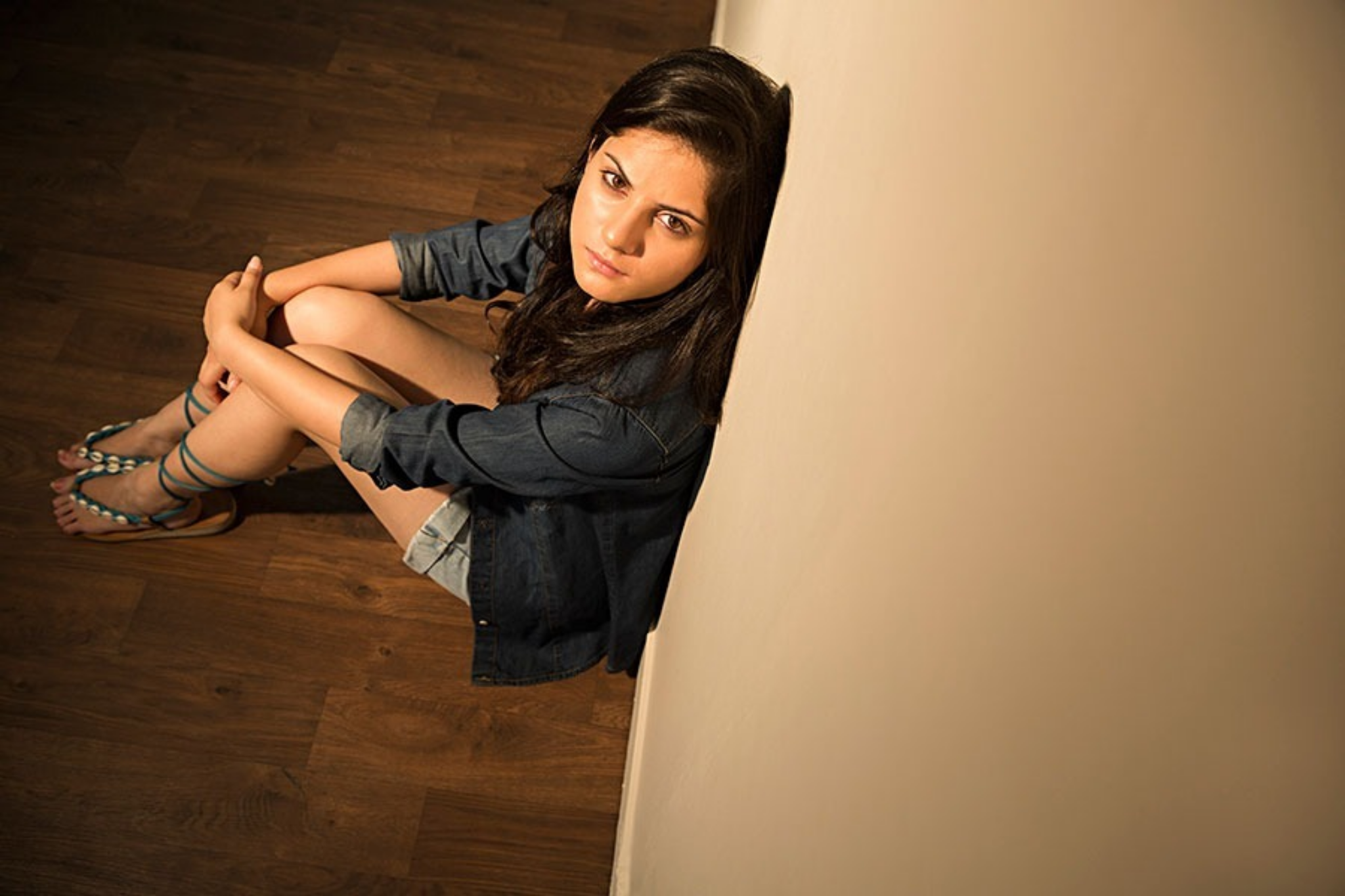 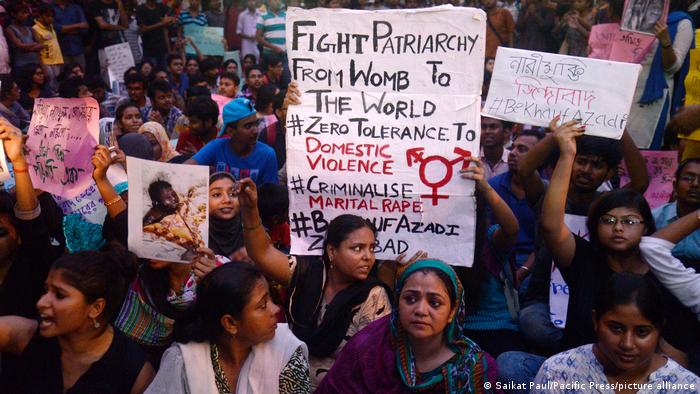 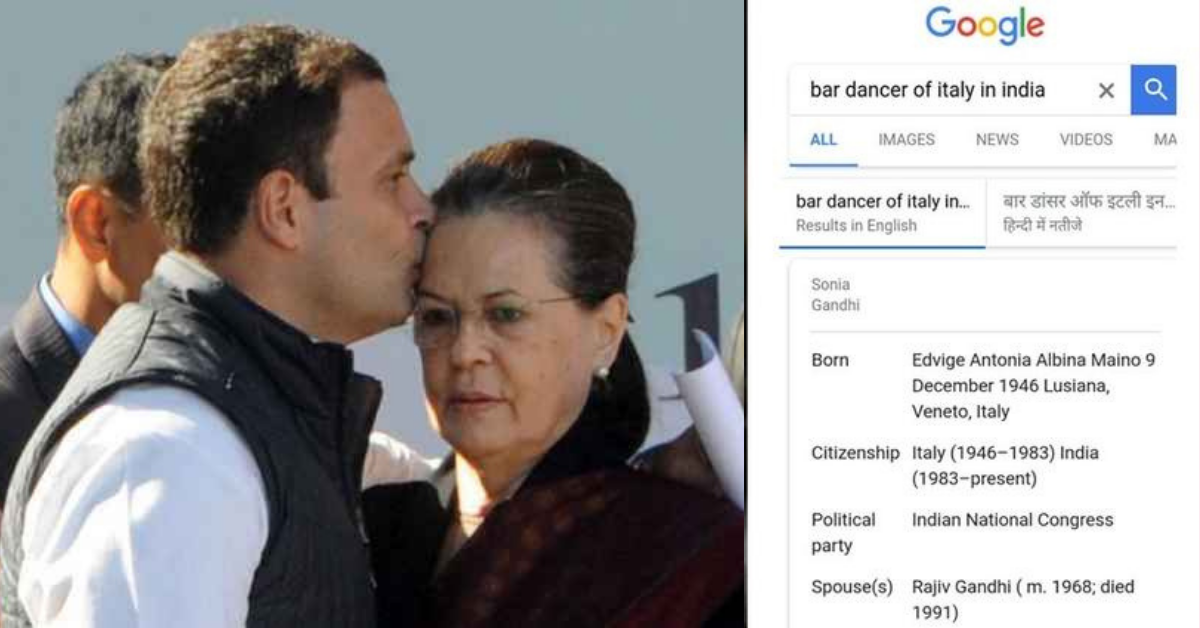 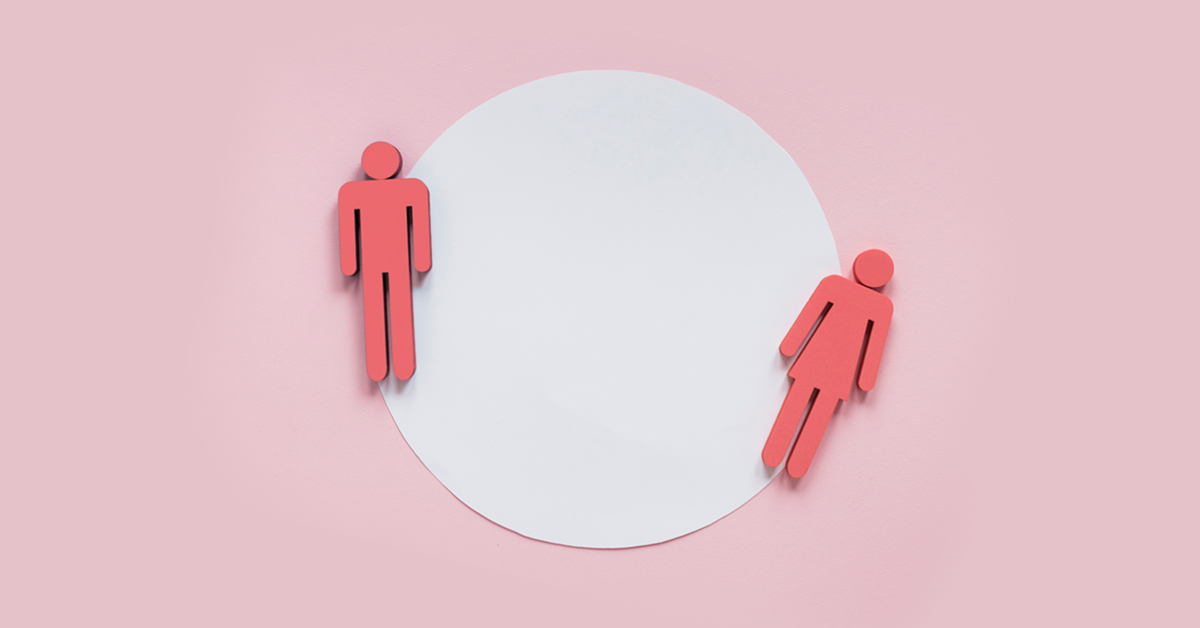 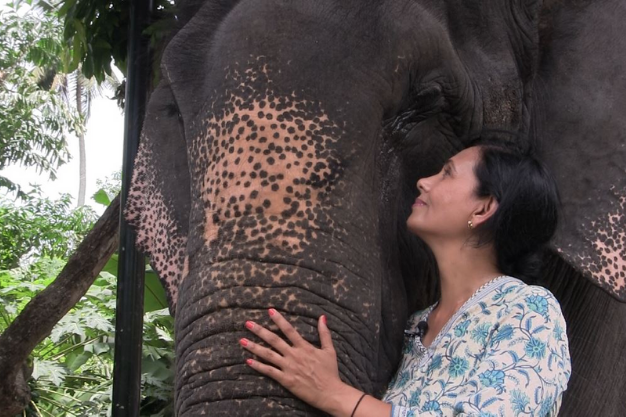 How Are Sex Workers Managing During Lockdown With Zero Income?