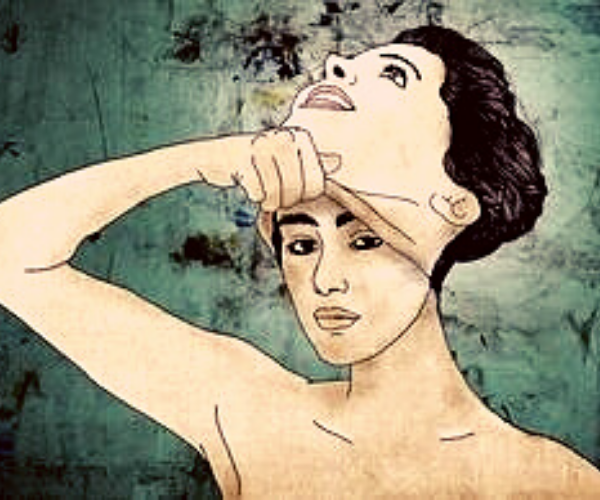 I was walking swiftly through the lush green campus of one of the premier institutions of the country when one of my old batchmates slowed me down.

I was joyous but restless at the same time. Did he really recognise me? I sensed sudden disapproval on his face. But I was still hoping for an accepting gesture from his side.

“You look the same!” he asserted!

My expressions went haywire. At the very least, the transformations on my face included threaded eyebrows, nevermind the light lipstick and mascara.

I tried to dodge his remarks. It was a college reunion, and I was expecting a few to recognise me, but the claims that I didn’t change at all made me sad.

It took me a lot of courage, two suicide attempts and three years of constant therapy sessions to become who I am today. I am Neena and not Nandish.

Though at the time of reunion, I was very much into my masculine avatar with a little dash of a feminine touch. With a loose t-shirt and body fit denim, I resembled that of a man. But with the heeled boots, gentle walk, and the light makeup I was wearing, I constantly reminded others that I was not a man.

I realised that it was not their fault. The society we belonged to was used to categorise and generalise others by the way they look, the clothes they wear and the expressions they share.

This very reason convinced me to get out of my comfort zone to look like the one I always felt from inside.

With heavy makeups, shimmery clothes and a feminine accent I showed the world the lady I was, I always wanted to be.

But over time, I realised that it wasn’t sustainable. No matter what I did, society really never accepted me. They never accepted that part of mine which I tried to hide for 25 years!

But what was more depressing was the fact that a few men started considering me just an object.

Why is it so hard for people to understand that my gender identity or my sexuality doesn’t really declare my availability?

I was oppressed, emotionally violated and mocked.

I, eventually, gave up on my idea of transition. I also gave up on the external factors which were responsible for my identity.

I’m now pretty much happy in my skin. I wear what I love. Sometimes, it’s a shimmer skirt and sometimes a trouser. I wear pink, yellow and black and every other colour that is not limited to a particular gender. I’m still mocked by people, but I don’t let them violate me. I don’t let them oppress me anymore.

My femininity is not just a choice but a feeling, an emotion which I can’t let get oppressed.

So after I met this old batchmate, I went ahead to meet a few more folks. Some of them were surprised to see the little change I carried and some were happy that I finally did it.

I guess that’s what life is pretty much all about. There will be certain people who will object to your changes, some will be surprised yet silent, but then, there will always be this clan of your kind of people. They will value you more than what you look like.

Did I do something wrong? Did I mess it up? Did I miss my only chance of being loved by others?

I always pondered these questions. As if my past wanted to pull me out of my present. But femininity is not just a term — the idea of womanhood is not sham.

People often ask me about my gender. They also ask if I am a gender fluid or a gay or a trans. And I always tell them I am a simple human being who feels like a woman, dresses like a man mostly and carries the idea of empathy and emotions despite the trash I’ve always received. I do not want a label.

And I realised I don’t want to convince myself anymore either. And while I was looking at that ‘most eligible man’ in the mirror, I touched my skin for one more time. And I smiled at the beautiful woman I am today.

There is a lot to happen, probably a lot to face. At 28, I am still exploring my sexuality, still figuring out the labels I can give to myself. But for a matter I know now, I was and will always be a woman. 🙂

As told to the author!!