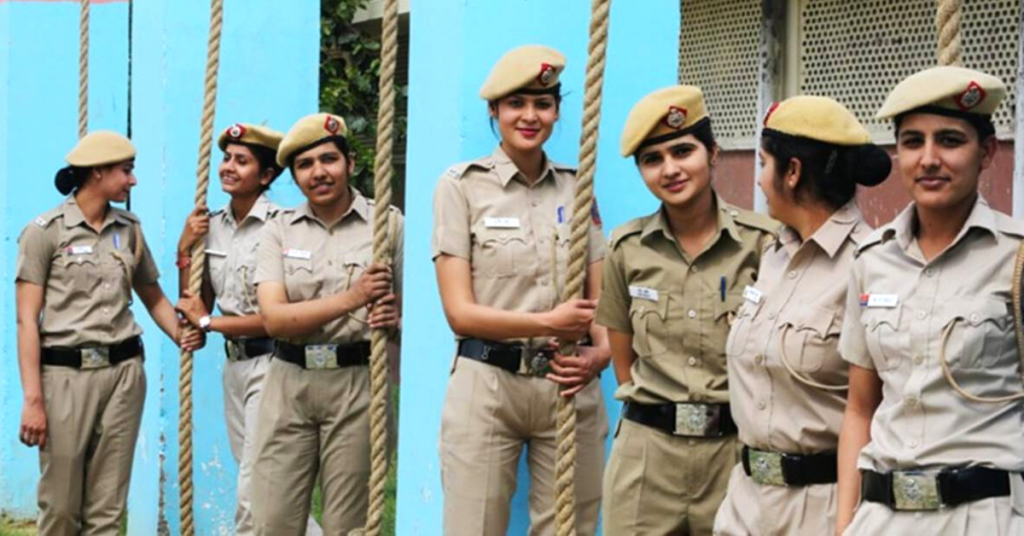 And it’s been more than four decades, several female police officers have followed her steps and are changing the way we imagine women officers in Indian Police. On the occasion of National Police Commemoration Day, Infano introduces you to a few of the women police officers whose actions inspired many of us!

When the Senior Civil Police Officer (SCPO) of Irinjalakuda, Thrissur met a student of Class 5 during one of her awareness camps at a local school, she was revealed that the boy was a cancer survivor. The kid lost his hair to chemotherapy and was trying to come to terms with his bald appearance and was ridiculed by his classmates for the same.

A few days later, she was spotted in a beauty salon chopping her hair off entirely. She donated her hair to an NGO which prepares wigs for cancer survivors. But that was not the only thing — her main agenda was to normalise the baldness which society often perceives with mockery.

“Going bald can be severely traumatic for children with cancer, who are already battling for life at such a nascent age. I wanted to support them by proving that baldness is not a matter of shame, earlier, I had cut off my hair partially to donate for the cause. This time I felt like having a full-fledged tonsure to stand in solidarity with the patients,” she said in an interview with TBI.

Although as per the Kerala Police’s uniform regulations, officers are not allowed to shave their heads. But, the then Thrissur police chief made an exception in Aparna’s case due to her laudable gesture.

The recipient of several National and State Awards, Khan is known for her bravery and social work. She was appointed as a Special Police Officer of UP Police at the age of 18. The young officer has also won the national bravery award earlier for taking on a drug and gambling ring in Agra.

A Railway Protection Force (RPF) Officer, Anjana is often found around Borivali railway station on Mumbai’s Western line. She is generally seen patrolling the station platforms to spot children who might be in trouble.

The duo has managed to rescue over 600 children so far. Most of these children were either kidnapped, became victims of child trafficking or ran away from their homes. Mishra, the 2014 batch officer, has rescued over 400 children single-handedly. Their admiration got them the nickname ‘Mother India’.

When the Nagaland Police felt that the local residents were more scared of them rather than trusting, they decided to change this perception with ‘Police Ke Pathshala’ — an initiative aiming to bring the student community and police closer.

This initiative was led by Sonia Singh, Inspector General of Police (Range), who took the responsibility of conducting these sessions at schools and colleges personally. The primary objective was to change the perception of the student community for the police, but it was not limited only to that.

The IPS Officer behind the implementation of Andhra Pradesh’s Criminal Law (Amendment) Act, ‘Disha’, M Deepika started at the rank of Superintendent of Police (SP) in the Disha Cell created within the state’s Crime Investigation Department (CID).

“The government is appointing special public prosecutors to help with the drafting of chargesheets, improving the capabilities of forensic labs, hiring quality medical doctors, particularly gynaecologists since we have trouble getting timely reports and enlisting quality cyber experts. It will include local women residents and a Mahila Mitra coordinator from our side, and bring to the notice of the police any serious crimes against women,” says the 2014 batch IPS officer.

Hailing from the Beed village of Belagavi, this IPS Officer rescued over 4,300 people stranded at the devastating floods of Kodagu. Previously, the team led by this fearless SP arrested the kingpin of the timber mafia, Kallichanda Noban, and seized timber worth Rs 1 crore following a raid on his property.

Despite the unlimited warnings from the mafia, she enforced the rule of banning the felling and transportation of trees. Dr Suman is also a qualified Ayurvedic doctor who strives at improving the living standards of rural India.

On this day, Infano also salutes and pays tributes to the policemen and healthcare professionals who, being the frontline soldiers, lost their lives on duty. We owe you! #InfanoWomen