When my cousin gave birth to her daughter, her life was completely changed — physically, emotionally, mentally, behaviorally — it was drastic.

But what was more overwhelming for us was the constant poke by some of the self-acclaimed mom experts who didn’t want to stop sharing their gyaan on how to raise a kid. Yes, it’s good to have experts around, but I think once a woman becomes a mother, she kind of knows what needs to be done — that’s the instincts that help her.

In my cousin’s case, she was barred from doing most of her favourite things because, ‘beti ka dhyaan kaun rakhega?’ She had to keep moving to other rooms to breastfeed her, change her and sometimes had to face the wall while feeding her.

I wondered if every woman had to face the same? And what if there’s the only room where you can feed her? How many times will you face the wall? How will you feed the baby in public?

While I’m finding the answers to these unwanted stigmas of the 21st century, read about this supermom Stuti Agarwal, who loves to be a breastfeeding advocate and be vocal about the activities which are ‘natural’!

Stuti’s gynaecologist & an IBCLC, post-delivery, told her that she has to be with her kid 24×7. Stuti hooked on to that statement and took him along everywhere. “Being an exclusively breastfeeding mom who hasn’t used a bottle ever, I have breastfed almost everywhere — malls, movie halls, restaurants, Kuala Lumpur Tower, ship, train, flight, zoo, Disneyland, museum, temple — you name it, and I have done it,” shares Stuti. “However, I felt judged many times. I was told by people to go to some other place and feed as male members were present.”

And this was not different in her home too. She was asked to face the wall of her room while breastfeeding her baby. “I felt like I was doing a crime! I had to feed him almost any and every time, and apparently, I was facing the wall for 20 hours a day! Eventually, I ignored the folks and started feeding my baby as per our convenience. And the first time I breastfed my baby in front of my dad, it gave me some confidence to feed him in public as well,” she continues.

Stuti recalls an incident when her first one wasn’t even a month old, “A neighbour was visiting me, and I started feeding my baby. She closed the eyes of her then 4-year-old! That made me realize what a taboo breastfeeding was, and I took the pledge to normalize it. I breastfeed my second one freely in front of my almost 3-year-old. My 11-year-old nephew, who used to step out of the room when I fed my baby, is now comfortable with me feeding in his presence. People need to realize that breasts aren’t just organs or something for sexual pleasure, but to feed babies and nourish them.”

“Once, I was at Siddhivinayak temple in Mumbai, feeding the baby in the temple compound when a temple official asked me to accompany her and feed the baby in a dingy room. My own family has felt embarrassed of me feeding in public,” she continued telling how she became a breastfeeding advocate over time.

By the time Stuti’s kid was six months old, she had already travelled to six countries without worrying about his baby’s food and health. “My family members were a bit wary initially because they rarely saw women breastfeeding in public, but they have now accepted that it is normal to feed babies anywhere and are even proud of me that I exclusively breastfed my kids,” Stuti laughs.

“Here are five reasons why I believe in nursing in public :

My baby wants food; she gets it. I’m not going to let her bawl while I look for a room or give her a bottle of formula just because “log kya kahenge”.

My baby, my breasts, my rules.

I want to promote nursing in public and normalize breastfeeding. I want more people to see that breastfeeding still happens; it is normal and can happen in public too.

I want my baby to get used to being fed under the sky, on the grass, on the restaurant table, in a noisy place, whenever wherever so that she develops acceptance of situations.

My convenience. I don’t have to pack too many things and not run around to find a place to feed.”

Stuti follows the two-t-shirt method to feed. She works as an independent content writer and loves sharing her kids’ tales. Connect with her on Instagram to hear some of those.

And while I’m finding the answers to these unwanted stigmas of the 21st century, I am encouraging all mothers not to give up. Dear moms, do not give up on your dreams, do not hide in the closet due to the society — be you, be what you are and show your kid the world you believe in!

#Breastfeeding is bliss. Don’t let your child be deprived of it! 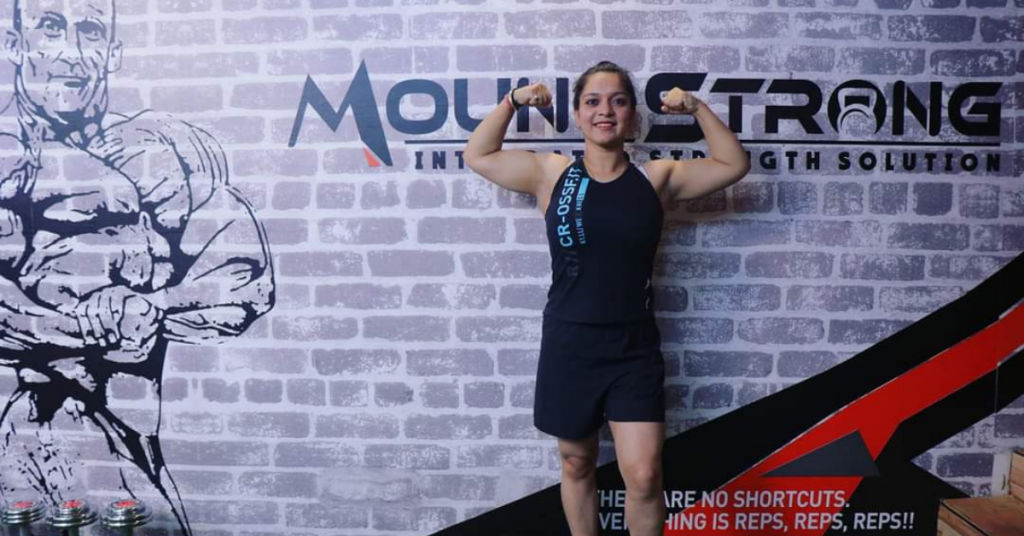